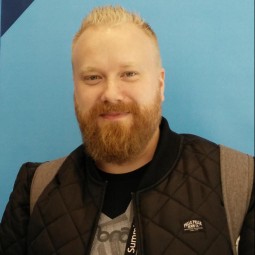 Since version 6 of Umbraco the Core has gotten a bunch of new management services, which are used by the backoffice to create content types, content, media, members and more or less everything else you can do from the backoffice. These services are publicly available, so you can utilize them when building websites to enrich the editor experience through specialized property editors, dashboards or to create content, media and members through forms on your website.

In this session we will dive into the most used services from a website implementators perspective using concrete examples and briefly walk through which other services might be usable in other scenarios such as package creation.

Morten Christensen works for Umbraco HQ in Copenhagen, where he also lives with his wife and son. Morten is the HQ's resident Azure expert with the official title of Azure Hero.

Right now Morten spends most of his time working on Umbraco-as-a-service, but before that he spent a majority of his HQ-time creating the new datalayer, which was introduced in version 6. He also laid the ground work for the new public API including the management services, which is used by the backoffice in both version 6 and 7 - the same services which developers can use to programmatically create content, media and much more

See all the sessions